The Direct Read feature has been Arena for a few years now but the capability has been expanded to more Arena elements, making it easier to import data directly into Arena for ease of use in analyzing data.   For those of you who haven’t used the Direct Read functionality within Arena, it is definitely a feature worth taking a look at.  Direct Read allows you to link elements in Arena with data sources so that Arena will read in the values for those elements from the data source.  This means that you can create an Excel file and have data defined for your model in a workbook that you will link via Named Ranges to Recordsets in Arena.

Our Experts on New Applications with Arena 15 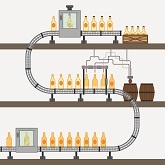 Six Things You Need To Know About Arena v15 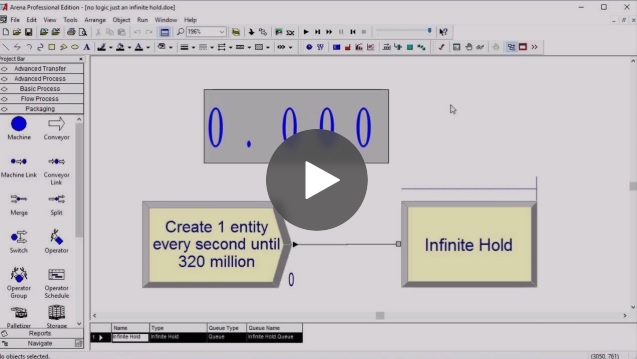 The response to our release of Arena v15 is astounding.  Users with 20+ years of experience have expressed their excitement to reduce modeling time by days/weeks, and new users are diving into more complex problems more quickly.  What’s all the fuss about?  We share 6 Things You Need to Know about Arena v15 below.

In Discrete Event Simulation one issue we must resolve is the number of concurrent entities in the model. If that number gets “large” then model run speed can be impacted. In the typical systems that we model this usually does not become an issue either because we will not have a large concurrent number or because our computers are really fast.

What is the advantage of 64 bit?

Arena v15 is a native 64-bit product. Which means that Arena utilizes significantly more memory than the 2 GB limit of 32-bit software. 64-bit applications can utilize up to 8 Tb of memory!