Some users have reported issues using Crystal Reports since updating to Windows 10. In response, Arena has migrated our Crystal reports away from ODBC to ACE OLEDB provider and we released a patch with this update. Below, we've listed out the related patch notes for your review, and you can download the latest version by clicking here.

In keeping with our continued effort to make modeling more intuitive, the new Gather and Disperse modules will make it far easier to seize and release groupings of resources.

It comes as no surprise that being organized is the key to success in project management and that means creating a functional specification.  Whether you are building one model you are going to use for analysis or two or three, organization is key.  A critical aspect of organization will be defining those elements that you are going to use in the model or share across models.  Taking the time to define the key resources, variables, attributes and other elements will allow you to potentially create one master database to test your models, saving you time and helping to keep your analysis organized as well.  Members of the Arena Consulting Team have employed this technique with great success, using one master database structure and two very different models for a client to test out potential design ideas.

70 Teams around the globe compted for this honor.

Solving Agent Based Problems with Arena

In recent years, there has been a growing interest in Agent Based Modeling (ABM).  Many people equate the type of problem to be solved with the tool.  In other words, people think there is agent based simulation software and then there is discrete event simulation software.  However, this is a simplistic and limited way to look at the issue.  In fact, the term agent based does not describe the simulation tool, it describes the simulation problem.  In its 35+ year history, Arena has implemented a number of features to model these sorts of agent based problems.  In this Consultant’s Corner we will touch on some important capabilities:  decision logic and control logic.

Tis the Seasonality for Simulation!

Making a production plan and checking it twice, gonna find out what’s naughty and nice. 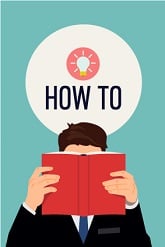 As exciting as a new release can be, it can also leave you wondering, "what exactly does this mean for me?"