When Arena evaluates a Boolean expression, it assigns a value of 0 to false statements and 1 to true statements. Boolean expressions can become useful in Arena when they use variables or attributes. For example, if a part of type 2 needs a longer delay than other part types, this can be done by adding a Boolean expression to evaluate if the part is type 2 and then multiplying the additional delay by the result of that statement.

Boolean expressions can also use other system variables, like TNOW. If a production line will make better parts as the simulation progresses, the inspection pass rate can be based on the system time. As the time increases, the pass rate increases. 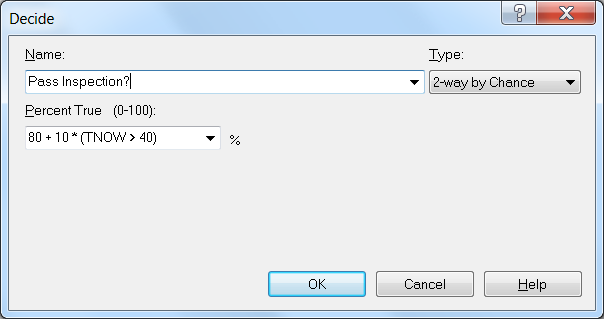